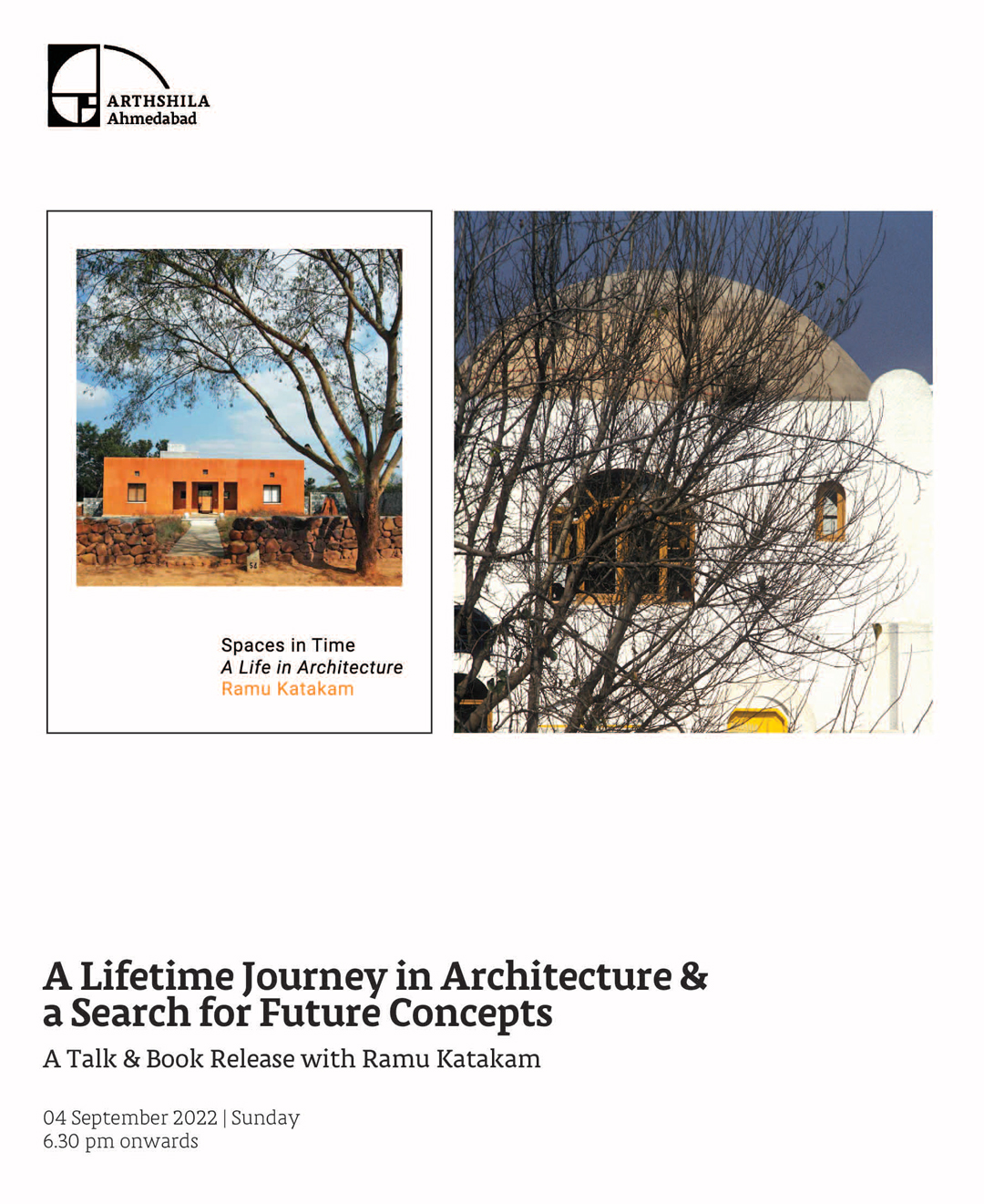 Ramu Katakam was born in the final days of British rule in India and raised in the early years of independence. He has thus been witness to the shaping of a country over the past seven decades. ‘Spaces in Time: A Life in Architecture’ is a record of the highlights of his life through the many houses he has lived in and the many more he has designed for others. The book also offers the reader glimpses of architectural marvels, both old and new, in all parts of the world through the eyes of an avid traveler. Not least, it introduces us to the numerous fascinating individuals Katakam has encountered and all too often befriended.

Ramu Katakam has been practicing in India since 1977. Initially based in Delhi, he moved to Bangalore in 1997. His practice includes hotels, libraries, schools and religious buildings that have been built in all parts of India. His practice involved the restoration of historic buildings and working with sustainable technologies. Among his other interests was the creation of a sculpture gallery in the heart of a Delhi village.

Educated in Delhi and Cambridge universities, he was elected a member of RIBA (Royal Institute of British Architects) in 1974 and the IIA (Indian Institute of Architects) in 1977. Today he is pursuing research on the traditional architecture of India and has put aside formal practice. He does , however, continue to experiment with different building materials and

architectural ideas and lives in Goa.