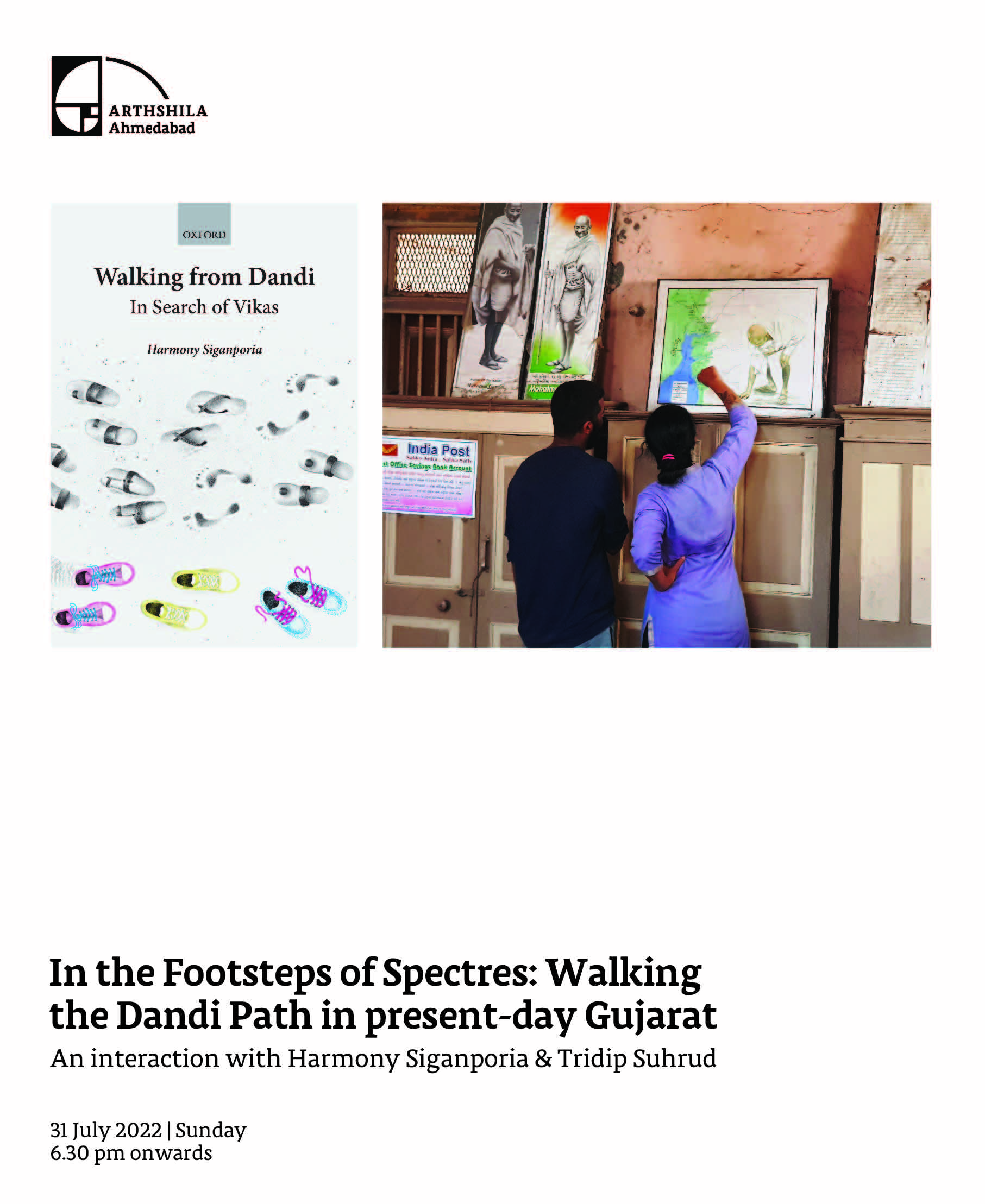 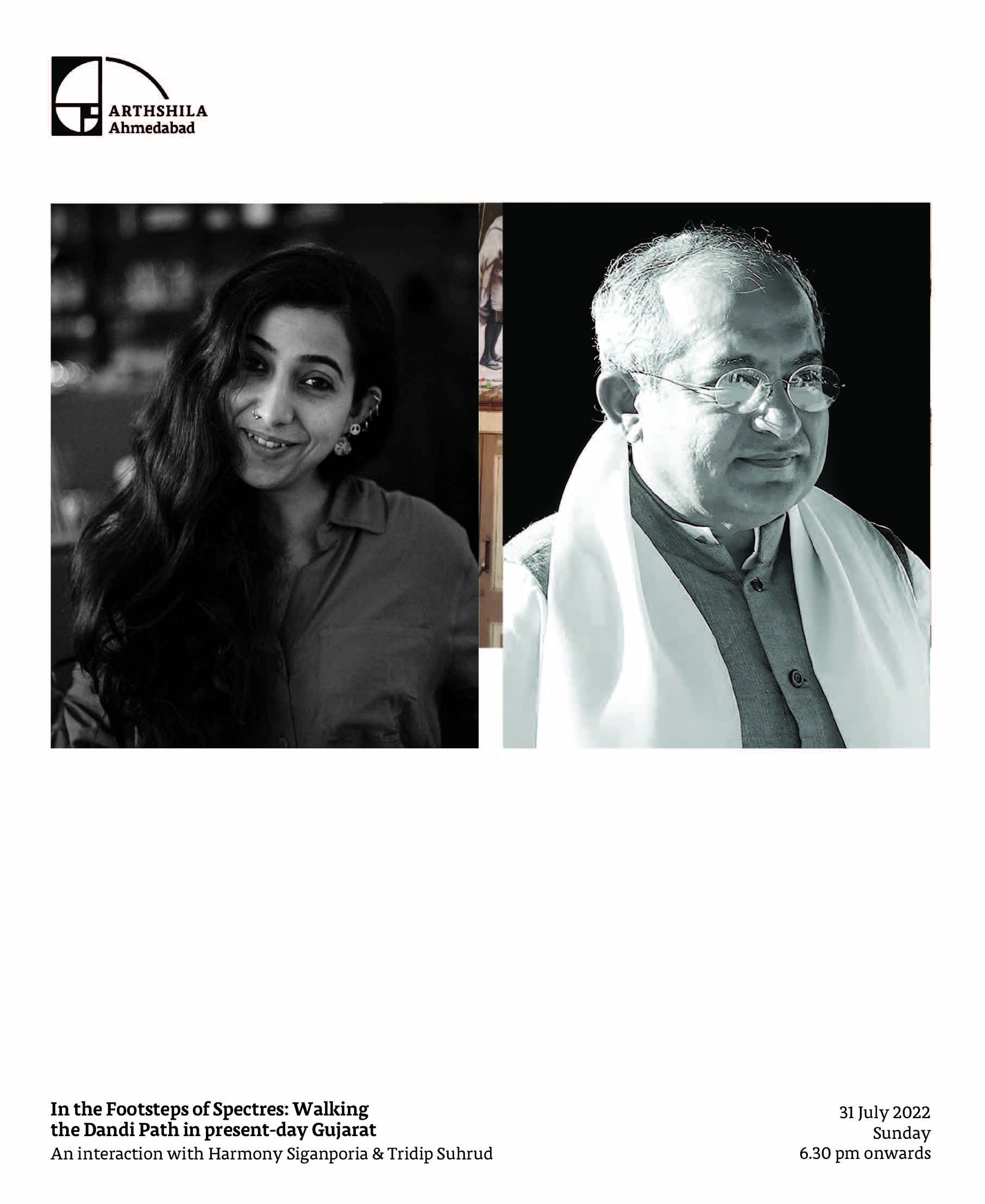 IN THE FOOTSTEPS OF SPECTRES: WALKING THE DANDI PATH IN PRESENT-DAY GUJARAT
An interaction with Harmony Siganporia & Tridip Suhrud

In February 2019, Harmony Siganporia  walked from Dandi to Ahmedabad, retracing the route of Gandhi’s Salt March in reverse. She traversed this route of just under 400 kms over 25 days, much as Gandhi and his original Marchers did in 1930. This is the setting against which she explores the story of modern Gujarat, tracing the state’s seismic shift towards espousing the narrative of vikas. This project investigates what, if anything, remains of the Salt March in modern Gujarat’s cultural memory, even as it attempts to outline the State’s current lived reality, filling out the contours of the monomyth of vikas with which it has come to be closely associated.

Join us for the conversation with Harmony Siganporia and Tridip Suhrud on Sunday, 31 July 2022 at 6.30 pm.

Tridip Suhrud is a scholar, writer, and translator who works on the intellectual and cultural history of modern Gujarat and the Gandhian intellectual tradition. As the director and chief editor of the Sabarmati Ashram Preservation and Memorial Trust (2012-2017), he was responsible for creating the world’s largest digital archive on Gandhi- the Gandhi Heritage Portal. His recent works include a critical edition of Gandhi’s autobiography My Experiments with Truth in two languages; Gujarati and English and The Diary of Manu Gandhi (1943-44) and a compilation The Power of Non-Violent Resistance. He is a professor and Provost of CEPT University, and Director of Lalbhai Dalpatbhai Institute of Indology, Ahmedabad and serves as Chairman of the Governing Council of MICA.

Harmony Siganporia is an Associate Professor in the area of Culture and Communication at MICA. She has a Ph.D. in social history, and her first book, I am the Widow: An Intellectual Biography of Behramji Malabari (Orient Blackswan 2018) was awarded the Prof. Sneh Mahajan award for best book on modern Indian history (2015-2018) by the Indian History Congress in 2019. Her research areas include the making of modern India, semiotic theory, gender and performativity, culture and conflict, and the role of cultural artifacts in the emplacement of identity. Harmony is also a practicing musician.