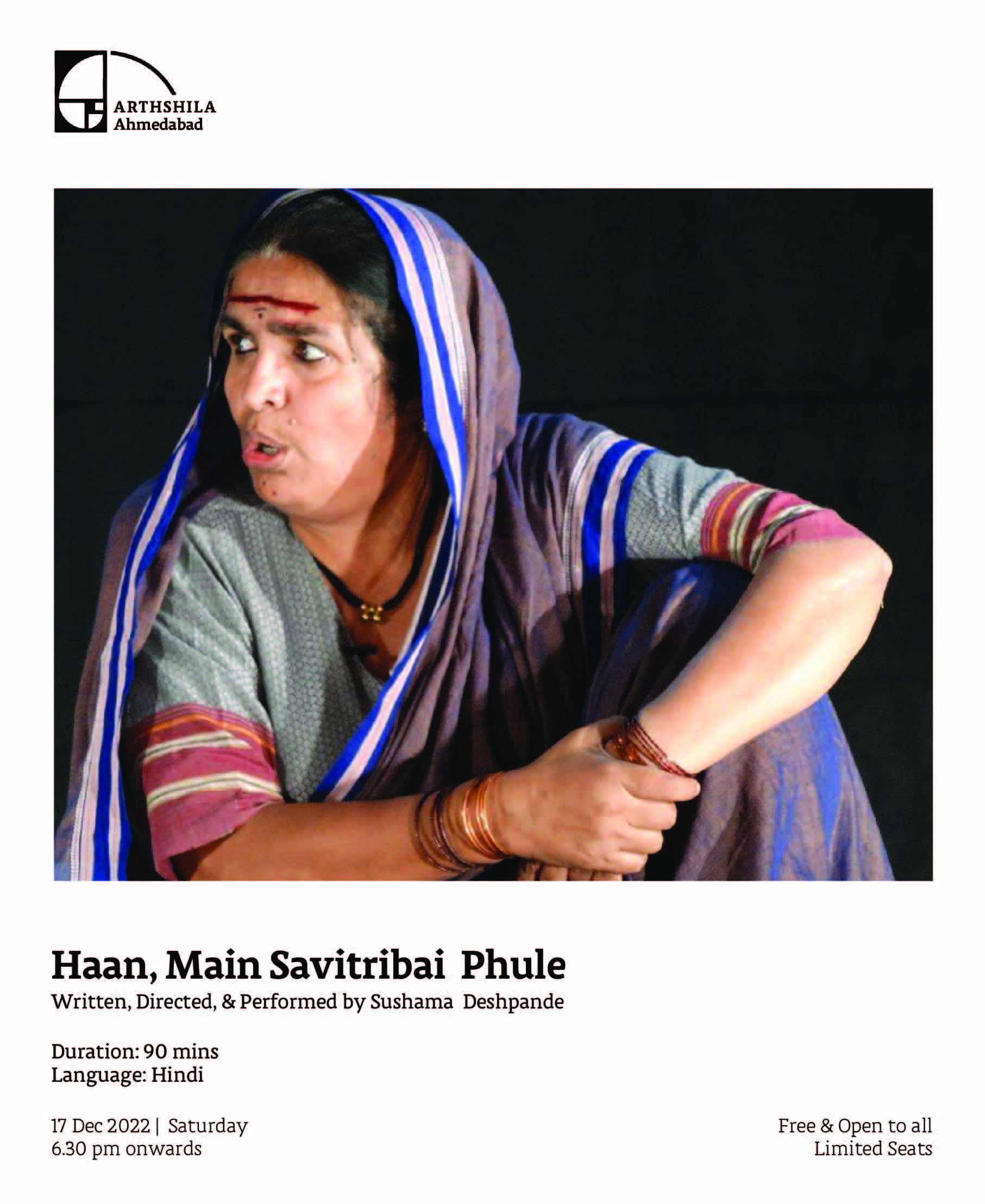 ‘Haan, Main Savitribai Phule’ is based on the life and work of the educationist Savitribai Phule. This powerful solo play is written, directed, and performed by Sushama Deshpande. The play charts the journey of Savitri’s life, telling her story from her perspective. This is the Hindi version of the play, originally written in Marathi as ‘Vhay, Mee Savitri Bai’ (Yes, I am Savitri Bai). Sushama has been performing it for 25 years and has done more than 3000 performances in different parts of India and in many countries like the USA, China, and so on.

Sushma Deshpande is an Indian actress and playwright known for her work in Hindi and Marathi theatre. Some of her best-known works on stage include My Mother, The Gharwali, Her Maalak, His Wife, and Vhay, Mee Savitribai. Notable among Sushma’s feature film credits is the 2017 crime-drama ‘Ajji’ and the short film ‘Six Strands’ by Chaitanya Tamhane. Sushama learned theatre of oppressed techniques with the late Augusto Boal. She wrote and directed women saints of Maharashtra through their poetry in her play ‘Bayaa Daar Ughad’. She also produced dalit writer Urmila Pawar’s autobiography ‘Aaydaan’.